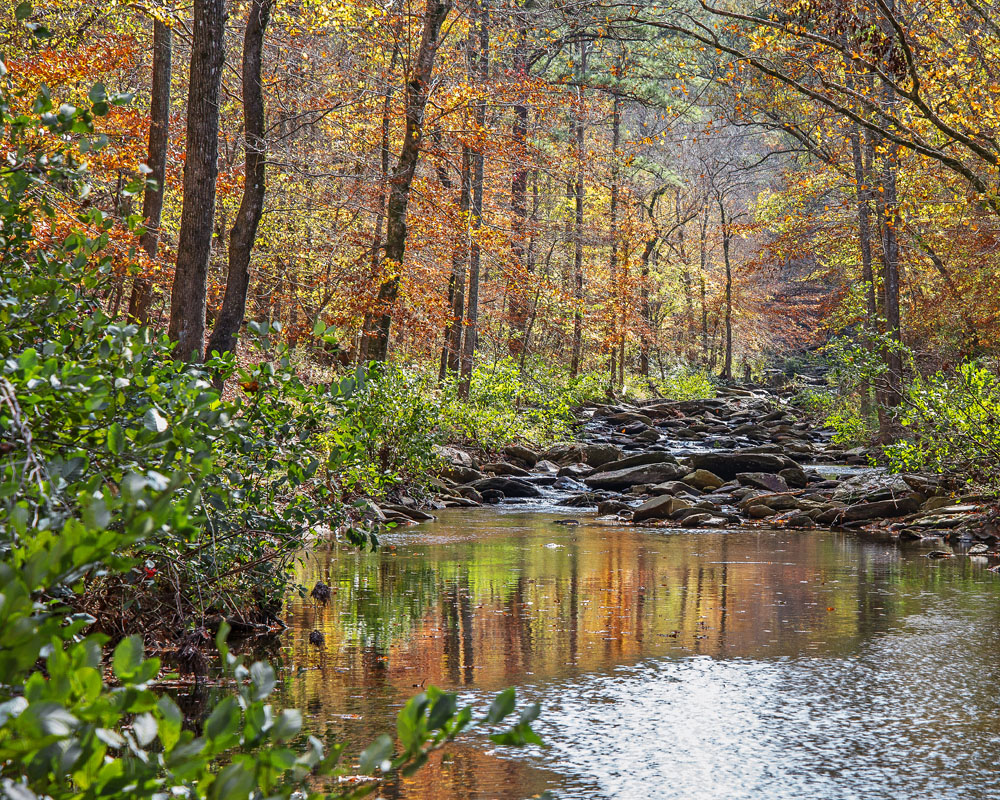 The northernmost portion of Alabama is shaped by the Appalachian foothills and the Tennessee River. With dense forests and high bluffs overlooking the river, the region is particularly scenic and many Alabamians consider it the most beautiful part of the state. The region is also dotted with numerous lakes and spectacular natural features such as waterfalls and deep caverns. As with the central and Gulf Coast regions of Alabama, tourism is a major part of north Alabama’s economy, although the region’s largest cities, Huntsville, Florence, and Decatur, are primarily dependent on manufacturing. Known by many as the Tennessee Valley, the northernmost part of the state is blessed with remarkable natural beauty and biodiversity and its cities—Huntsville, in particular—are younger, better educated, and more affluent than many other parts of the state.

Though Huntsville is one of the oldest cities in the state, it only became a major economic engine during World War II. In a stroke of remarkable good fortune, the US Army missile research program, eventually named Redstone Arsenal, was established in Huntsville during the war. By the early 1960s, Huntsville was a central part of the space program thanks to the location of NASA’s Marshall Space Flight Center at Redstone. Decades later, Huntsville is still an integral part of the space program and generations of children have spent part of their summers at the center’s “Space Camp.” With a high concentration of engineers and scientists, Huntsville is, on the whole, a youthful, well-educated, and more diverse than many cities in the state.

In addition to its world-famous Space Flight Center, Huntsville is home to numerous other attractions, especially for lovers of the outdoors. Nearby Monte Sano State Park is a great place to explore the natural beauty of north Alabama. Ditto Landing, in the city’s south side, is a great place to begin a day on the Tennessee River, whether boating, skiing, or fishing. Huntsville is also a city that appreciates the arts, and culture mavens can take advantage of the Huntsville Ballet, the Symphony Orchestra, and Lowe Mill ARTS and Entertainment, the largest privately-owned arts center in the United States. Huntsville may be a modern, technologically advanced city, but it hasn’t lost sight of its past. The history of both the city and the state can be explored at Alabama Constitution Hall Park and in the historic districts of Twickenham, Five Points, and Old Town. And if all of the city’s attractions and activities don’t leave you exhausted, it also boasts a vibrant nightlife with plenty of bars, breweries, and live music.

Located in a scenic spot along the Tennessee River and nicknamed the “River City,” Decatur has been shaped by the river. It began as a river crossing in the early 1800s and remains a hub of river transportation. These days, Decatur is known throughout the state for the Alabama Jubilee, one of the oldest hot air balloon races in the South, which draws tens of thousands of spectators and participants each year.

In the northwestern corner of the state are the “Quad Cities” of Florence, Muscle Shoals, Tuscumbia, and Sheffield. It’s a particularly picturesque part of the state and an area rich in culture and history. The general Quad City area, which overlaps Lauderdale and Colbert Counties, is also sometimes referred to as “The Shoals,” which can be confusing for out-of-towners.

Of the Quad Cities, Muscle Shoals is arguably the most well-known, largely because of its role in the recording industry. FAME Studios opened in the 1950s with Muscle Shoals Sound Studio a few years later. Eventually a distinct “Muscle Shoals sound” developed. Some of the biggest names in popular music recorded in Muscle Shoals, including the Rolling Stones, Aretha Franklin, Bob Dylan, and Otis Redding, to name just a few. These are still functioning recording studios but they are also open for tours.

Florence, a stone’s throw from Muscle Shoals, has its own proud musical heritage. W.C. Handy, known as the “Father of the Blues,” was born in the city and a music festival in his honor is held in the area each year. As is fitting for a city named after the birthplace of the Renaissance, Florence is regarded as a small town arts center, with numerous galleries and museums, as well as the boutiques of two highly-regarded Alabama-based fashion designers.

Things to Do in North Alabama

Things to do within 60 miles of north Alabama

How to get to north Alabama

When is the Best Time to Go to Northern Alabama?

There really are no bad times of the year to visit north Alabama. North Alabama gets the high summer temperatures that the rest of the state gets, but without the humidity, making the summer months pleasant. This is especially true at higher elevations. With a proliferation of flowering trees and shrubs, spring is a particularly lovely time in any part of the state. While Alabama will never get the spectacular fall color of New England, the northern part of the state unquestionably sees more of a change in the autumn months than counties farther south. After what can seem like an endless stretch of summer, renting a mountain cabin in north Alabama as the leaves began to change color and the evenings get cooler is one of the best experiences you can have in the state. Winters in Alabama are generally quite mild, but the northern part of the state is a bit of an exception to that rule. You’ll probably never need snowshoes there, but if snow falls anywhere in Alabama, it will typically be from Birmingham north. turn this

No images found!
Try some other hashtag or username